Jack Nicklaus, after learning of the news of elevated PGA Tour tournaments, is wondering about the elevated-nots.

In a story published this week by the Associated Press, the all-time major winner questioned the Tour’s recent move to give 12 events more lofty status, with purses between $15 million and $20 million, and the promise of having the circuit’s “top players.” Nicklaus’ concern centered on the Tour’s other tournaments.

“I’m not sure what to make of it yet,” Nicklaus told the Associated Press. “I think the Tour was going to get there, but the LIV thing pushed them. That’s pretty obvious. What it’s done is made the PGA Tour almost two tiers. All of a sudden the other tournaments become feeders.”

In its fight against the upstart, Saudi-backed LIV Golf series, the PGA Tour’s changes have been many over the past few months, and we’ll try to sum things up quickly. Starting next year, 20 players will be defined as “top players;” the device in which the Tour will define those players will be the Player Impact Program, and it will receive a purse bump, from $50 million to $100 million, to reward those players; and the 20 players will play in the 12 elevated events, the four majors, the Players Championship and three other tournaments, for a 20-event schedule. It’s the latter change that is raising some questions.

In Nicklaus’ case, it’s what the fields would look like outside of the 20 tournaments. Notably, this has always been an issue on the PGA Tour; top players have flocked to the more prestigious and higher-paying events, though now the purses are even larger. The non-elevated tournaments will no doubt draw players — it’s not as if they’re not paying — but to what degree? Would the top players call it a season after playing in the 20 events? It’s possible, though in tournaments since the changes have been announced, players have said they’ll likely still go to their favorites.

“I mean, it’s going to obviously probably change a little bit of the amount, but I’ll play the Fortinet and then look into the other ones and just see what I want to do,” Max Homa said last week. “But yeah, like I said, these are great events, so they’re still awesome golf tournaments. I’m always going to play the Fortinet at Silverado. I’ve had success there, partnership with Fortinet. I love Napa. I love California. So I’ll always go there.

“Then yeah, maybe change a bit of my schedule, but I enjoy these events. … Then maybe some changes, but like I said, I’m a professional golfer; I like to play golf professionally. I enjoy that we have these opportunities.”

Still, Nicklaus told the Associated Press that Tour commissioner Jay Monahan “has a little work to do to figure out how to make it work.” Notably, one of the 12 elevated events is the Nicklaus-hosted Memorial.

But he’s also involved in the Honda Classic, which will be bookended by elevated events — the Genesis Invitational from Feb. 16 to 19, and the Arnold Palmer Invitational, from March 2 to 5. The Honda’s purse will be $8.4 million.

“It’s been in a tough spot for the last four to five years sitting there between L.A. and Bay Hill. I think they’d like to get out of that spot,” Nicklaus told the Associated Press. “Since we’re beneficiaries, I’ve had some reasonable talk with Jay about it. I’ve got a few ideas we’re exploring. We’re trying to figure out a way to move the date and make it more significant.

“But you know what? You go there, you’ll find out the people will still be there. There will be great crowds, they’ll raise a lot of money and it will do well in spite of not having some of the players. It’s still pretty good.”

The Associated Press then reminded Nicklaus that his career earnings were $5.7 million.

“It’s amazing,” he told the Associated Press. “The golfers of today are blessed by what they do and the money they can raise and play for. It’s unbelievable. But you look at the other sports, and they’re doing the same thing.” 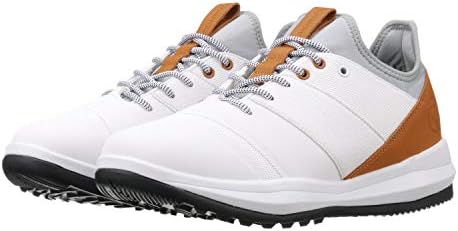