Unlike traveling violations which can sometimes be difficult to detect, the double dribble is (usually) one of the easier basketball rules for referees to get right.

But what exactly is a double dribble violation in basketball?

And whats the penalty given to a player who commits one?

What is a Double Dribble in Basketball?

The double dribble is exactly what the name suggests…

It’s a violation that’s whistled when a player makes a controlled dribble, pauses, and then dribbles the basketball again.

Once a dribble has been “picked up” by a player, it’s illegal for them to dribble again.

This is a call you’ll hardly ever see outside of youth basketball.

For players beyond the introductory level, everyone knows that it’s illegal to dribble, stop, and then resume their dribble.

But it does happen occasionally…

Why Is the Double Dribble Illegal?

So, why is the double dribble in basketball illegal?

A player who has possession of the ball but has yet to use their dribble is dangerous because they have options. They can still shoot, dribble, or pass.

But once the offensive player has “used” their dribble, they’re no longer a threat to drive so the defense can apply more pressure.

Allowing a player to dribble and stop multiple times without passing would make life extra difficult for the defense, and would result in many *star players* hogging the ball for entire possessions.

What’s the Penalty for a Double Dribble?

Like other dribbling violations, committing a double dribble violation results in a turnover.

In lower levels like high school and college, the ball is thrown in on the sideline or baseline, close to where the violation occurred.

The NBA requires the ball to be inbounded between the free throw line and the baseline to give the defense more of an advantage.

“They don’t enforce the dribbling rules,” is a common cry from casual basketball fans looking to criticize the NBA.

While it’s true that referees occasionally miss double dribbles, enforcement is much easier than other violations like traveling.

On rare occurrences where a violation is missed, it’s generally because a referee has forgotten the player has dribbled already.

In the fast paced flow of a professional game, it’s only natural to expect this to happen at least once or twice a season.

For those coaching at the lowest levels, teaching players to avoid double dribbling can be a long + frustrating process.

Young players are especially prone to dribbling to nowhere and picking up the ball with no idea what they plan on doing next.

So if a lane then opens up, who can blame a 6-year-old for getting wide-eyed and starting their dribble again?

In practices and scrimmages, enforce the rule constantly.

The frequent stoppages may be frustrating, but learning to avoid double dribbles is something we should be working on from day #1.

It is a foundational tool to successful basketball.

With a little practice and advice from the coach, the double dribble is pretty easy for players to learn how to avoid.

As a foundational rule that encourages ball movement and pace, it’s an imperative rule for players to master at a young age.

With some gentle reminders, avoiding the double dribble is simple and most young players should grasp the concept in no time. 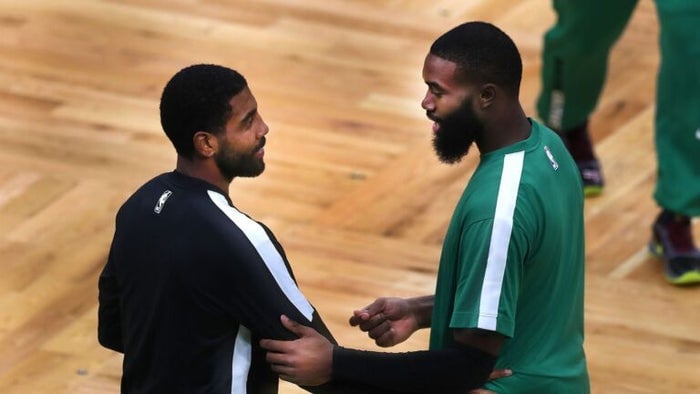