Keegan Bradley and Tiger Woods during the 2019 Zozo Championship.

Keegan Bradley, Brandel Chamblee says, is “fidgety.” And if you don’t believe him, Google “Keegan Bradley fidgety” and you’ll get several more who see it that way. Shoot, the PGA Tour even shot a video of it all a few years back.

But we come here not to critique, but to learn.

Bradley did, after all.

It was 2019. He was playing the Zozo Championship, as he was this week. And the man he was playing with in both the third- and final-round final pairing was walking differently.

Tiger Woods won that way, too. It was PGA Tour victory No. 82, tying him for the all-time mark.

“I learned a lot that day playing 36 holes with him the last two rounds when he won,” Bradley said Sunday. “Anytime you play with Tiger, it’s really great, but to watch him win up close was spectacular and I learned a lot.

“I was thinking about it the whole day today, just kind of remembering Tiger and how he walked a little slower than I noticed in the past, and I tried to do that.”

That he did. And nowhere did it come more into play than late Sunday. Chamblee, a Golf Channel analyst, noticed too.

On 16 at Accordia Golf Narashino Country Club, Bradley was up a shot, shanked one and left the hole tied with Andrew Putnam.

And after a par on 18, Bradley is your Zozo winner, his first Tour win in four years.

You already know how the 2011 PGA Championship winner recovered.

“I’ve talked before how fidgety a player he is,” Chamblee said on Golf Central on Sunday. “Maybe the least fidgety player that I have ever seen in my life is a guy who I don’t think coincidentally has the highest 54-hole closer rate in the history of golf — that’s Tiger Woods. He got a front-row seat playing with Tiger Woods when Tiger Woods won the Zozo in 2019. … You do learn a lot when you lose. You certainly learn a lot when you get paired with Tiger Woods. Keegan Bradley talked about this after his round saying he was trying to channel, trying to imagine what it was like for Tiger.

“You see Tiger, how slow he’s walking. It’s not unusual for Tiger Woods to be the last one walking. You know, he’s the last one to the tee. He walks slow, he addresses the ball slow, he doesn’t have a lot of fidgety actions when he’s over the golf ball. And I think that’s important because after he shanked his shot today on the 16th hole, he talked about making a good two-putt. And then coming to the 17th, where years past, and things are flying by, it’s easy to make a mistake or not be as sharp. But he split the middle of the fairway. He hit a great wedge beneath the hole. And this is where slowing things down matters.

“I mean, this is one of the best moments of his career, even if you go back to the 2011 PGA Championship. I think he would admit that he didn’t know what was going on right then. But he’s certainly well aware of how hard it is to win and getting over that hurdle, that nervous hurdle of being in contention. He said afterward that he’s never won where he’s had the lead or a share of the lead throughout as much of the final round. So in spite of the fact that he’s played a lot of great golf in his career, this was a big hurdle for him to get over today, I think.”

Afterward, Bradley said as much, too.

“Well, 16 was bizarre, I’ve never done that, I don’t think, ever — I shanked one out of the bunker,” he said. “But I stayed really calm. That two-putt on 16 was huge and that birdie on 17 is one of the best birdies of my life and one that when I think back on this tournament, that’s the pivotal hole.

“I was never going to give up or let in and I knew I was still in a good spot to win the tournament.”

Why is Augusta National under investigation by the feds? A lawyer explains 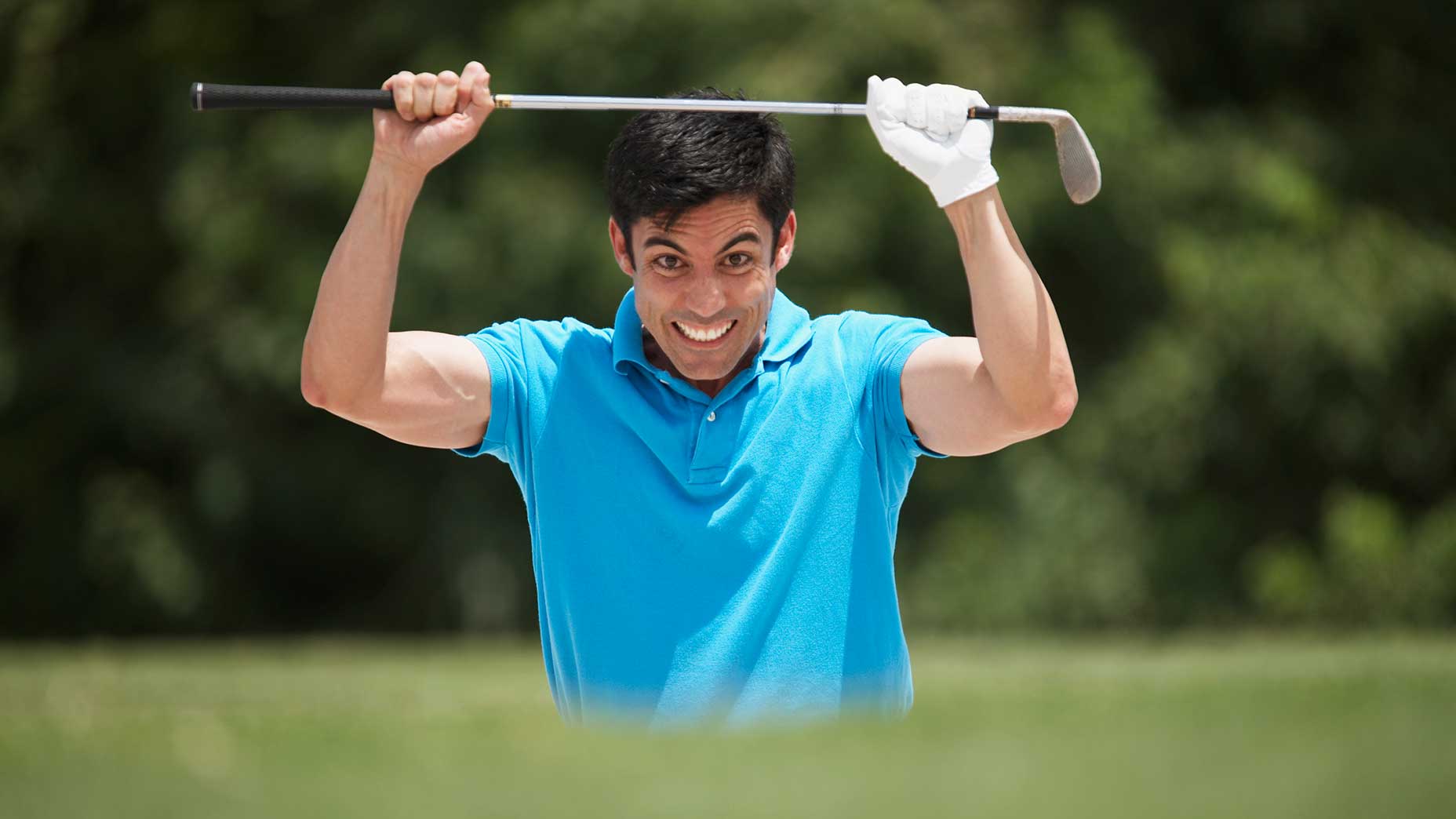 This is what’s holding you back from breaking 80, says top teacher