Tottenham Hotspur have been dealt a setback regarding the fitness of Dejan Kulusevski.

Speaking in his pre-match press conference (via BBC Sport), Antonio Conte revealed that, despite being pictured in training with the first-team squad on Tuesday, the winger will not be a part of the squad to face Eintracht Frankfurt tonight, as the club’s doctors informed him there would be a 5% risk of the Swede picking up a further injury if he were to feature in the Champions League clash.

Regarding the condition of the 22-year-old, Conte said: “He’s almost ready. He had an MRI scan and that was positive. I spoke to the doctors and they said we could have a 5% of risk if he played.

“It would be stupid to take the risk and lose him for the rest of the games and I don’t want to take any risk as he’s an important player.”

Considering just how influential a part of the Tottenham front three Kulusevski has proven himself to be following his arrival in north London back in January, the news that the winger will not take part in tonight’s crucial Champions League meeting will undoubtedly come as a big blow to Conte’s chances of picking up three points from the clash.

Indeed, over his 18 Premier League appearances last season, the £70.5m-rated talent made an immediate impact at the Tottenham Hotspur Stadium, scoring five goals, registering eight assists and creating six big chances for his teammates, in addition to taking an average of 1.4 shots, making 1.4 key passes and completing 1.4 dribbles per game.

These returns not only saw the Swede rank as Spurs’ third top-goalscorer, second-best assist provider and joint fourth-most frequent big chance creator, but his average SofaScore match rating of 7.21 also saw him rank him as Conte’s fourth-best player overall in the top flight of English football last time out.

Kulusevski has continued this fine form over his seven Premier League fixtures so far in the current campaign, having already bagged one goal, provided three assists and created two big chances for his teammates, with these returns seeing the £110k-per-week forward average an impressive SofaScore match rating of 6.91 – ranking him as Spurs’ 10th-best performer in the league. 
As such, it is clear to see just how “important” – in the words of Conte himself – a player the 22-year-old is in the Tottenham front three, leading us to believe that Kulusevski’s continued absence will most certainly come as a huge blow to Spurs chances of picking up all three points against Eintracht this evening. 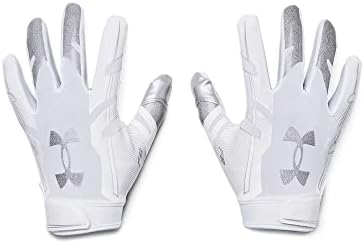 Leeds made blunder with Teemu Pukki in 2020