There will be three ATP 250 events this week, with plenty at stake as singles and doubles players alike battle to position themselves for a spot at the Nitto ATP Finals.

Hubert Hurkacz and Felix Auger-Aliassime lead the way at the European Open in Antwerp, Matteo Berrettini headlines the field on home soil at the Tennis Napoli Cup and Stefanos Tsitsipas is the top seed at the Stockholm Open.

ATPTour.com looks at five things to watch at each tournament.

FIVE THINGS TO WATCH IN ANTWERP
1) Felix’s Turin Push: It is another critical week in the Pepperstone ATP Live Race To Turin, with Felix Auger-Aliassime currently in the final qualifying spot for the Nitto ATP Finals. The Canadian, seeded second in Antwerp, will have an opportunity to add to his advantage over eighth-placed Taylor Fritz in Belgium. Auger-Aliassime will play Frenchman Arthur Rinderknech or a qualifier in the second round. He arrived with momentum after lifting his second ATP Tour trophy on Sunday in Florence.

2) Hurkacz Top Seed: Hubert Hurkacz, who is ninth in the Live Race, is the top seed at the European Open, where he will begin his tournament against #NextGenATP Briton Jack Draper or American Jenson Brooksby. The Polish star, who competed in the 2021 Nitto ATP Finals, needs a big surge at the end of the season if he is to return to Turin. He won his fifth ATP Tour title earlier this year in Halle and holds a 37-18 tour-level record on the season.

3) Grand Slam Champs In Action: Two players who have lifted Grand Slam trophies, Stan Wawrinka and Dominic Thiem, will try to find their best tennis this week in Antwerp. Both former World No. 3s in the Pepperstone ATP Rankings will pursue their first title of the season. Wawrinka has enjoyed success at the ATP 250 before, advancing to the final in 2019, when he lost to Andy Murray in an emotional final. He will play former World No. 7 Richard Gasquet in the first round. Thiem will make his Antwerp debut against Belgian wild card Michael Geerts.

4) Goffin Going For Glory: Will this be the year David Goffin triumphs on home soil? The 31-year-old will make his fifth appearance in Antwerp, where he advanced to the semi-finals in 2016. Goffin has twice tasted tour-level glory on indoor hard courts (2014 Metz and 2021 Montpellier) and will try to do so again this week at home. Geerts and Goffin’s first-round opponent, wild card Gilles Arnaud Bailly, are the other Belgians in the singles draw.

5) Cabal/Farah Top Seeds: Juan Sebastian Cabal and Robert Farah will try to claim their first title of the season and 20th as a team this week. The Colombians are the top seeds in Antwerp, where recent Tel Aviv champions Rohan Bopanna and Matwe Middelkoop are seeded second. Xavier Malisse, the retired 42-year-old Belgian who reached the doubles semi-finals last year in Antwerp with Lloyd Harris, will partner Diego Schwartzman.

FIVE THINGS TO WATCH IN NAPLES
1) Berrettini Trying To Bounce Back: Matteo Berrettini suffered a tough opening-round loss to Roberto Carballes Baena in Florence, but he is keen to bounce back this week in Naples, where he accepted a wild card. The Italian has earned seven ATP Tour crowns and is pursuing his first on home soil. The 26-year-old is 15th in the Pepperstone ATP Live Race To Turin and needs a big push in the next three weeks if he is to move closer to a qualifying spot for the Nitto ATP Finals.

2) Musetti Magic: #NextGenATP Italian Lorenzo Musetti showed some of his best tennis in Florence, where he made his third tour-level semi-final of the year. The reigning Hamburg champion will attempt to claim his maiden hard-court trophy this week in Naples. Musetti has already qualified for the Intesa Sanpaolo Next Gen ATP Finals in Milan, where he will compete for the second consecutive year.

3) PCB Top Seed: The top seed in the singles draw is Pablo Carreno Busta, who is trying to claim multiple titles in a season for the third time. The Spaniard lifted the biggest trophy of his career in August when he claimed ATP Masters 1000 glory in Montreal. The 31-year-old will play home favourite Fabio Fognini or Frenchman Hugo Grenier in the second round.

4) Bautista Agut Pushing For Another Title: Roberto Bautista Agut has won two titles in a season five times in his career, including this year. This week, the Spaniard can claim his third crown of the season for the first time. Eleven-time tour-level champion Bautista Agut has lifted eight of his past nine trophies on hard courts, the surface being utilised in Naples.

5) Italians Pursuing Doubles Glory: There are four all-Italian doubles teams in the Tennis Napoli Cup field, led by second seeds Simone Bolelli and Fognini. Bolelli and Fognini have earned five tour-level crowns together, including two this year. The top seeds in Naples are Ivan Dodig and Austin Krajicek.

FIVE THINGS TO WATCH IN STOCKHOLM
1) Tsitsipas At Site Of First Title: When Stefanos Tsitsipas made his first appearance in Stockholm in 2018, he had not yet lifted an ATP Tour trophy. That week the Greek broke through, losing just one set en route to the trophy. The 24-year-old returns to the historic event for the first time since, and he arrives with momentum. This year’s Monte Carlo and Mallorca champion has already qualified for the Nitto ATP Finals and just reached his sixth final of the season in Astana. Tsitsipas will play Maxime Cressy or Ilya Ivashka in the second round.

2) Norrie’s Race Hopes: Cameron Norrie, seeded second in Stockholm, is in 12th place in the Pepperstone ATP Live Race To Turin. The lefty needs a big week in Sweden to close the gap on the rest of his competitors who are also pursuing a spot at the Nitto ATP Finals, where Norrie competed as an alternate last year. The 27-year-old will make his Stockholm debut against Aslan Karatsev or a qualifier.

3) In-Form Americans: There are three Americans competing in Stockholm and they all have enjoyed the best season of their career in 2022. Frances Tiafoe has shown the best form in recent weeks, reaching his first major semi-final at the US Open, clinching Team World’s Laver Cup victory and making the Tokyo final. Tommy Paul climbed to a career-high World No. 28 last month and he returns to the event where he lifted his first ATP Tour trophy last year. Cressy claimed his first tour-level crown in Newport and will try to earn another one this week in Sweden.

4) Home Hopes: Brothers Mikael Ymer and Elias Ymer lead the home hopes at the ATP 250. Both Swedes have advanced as far as the Round of 16 at their home event. Mikael is fresh off a run to the Florence semi-finals as a qualifier. Leo Borg, the 19-year-old son of former World No. 1 Bjorn Borg, is also in the field. Borg will try to earn his first tour-level win when he faces eighth-seeded Paul in the first round.

5) Arevalo/Rojer Lead Doubles Draw: Marcelo Arevalo and Jean-Julien Rojer have already qualified for the Nitto ATP Finals, but the Salvadoran-Dutch duo will try to gain momentum this week in Sweden. The second seeds are Turin hopefuls Tim Puetz and Michael Venus, who are eighth in the Pepperstone ATP Live Doubles Teams Rankings. 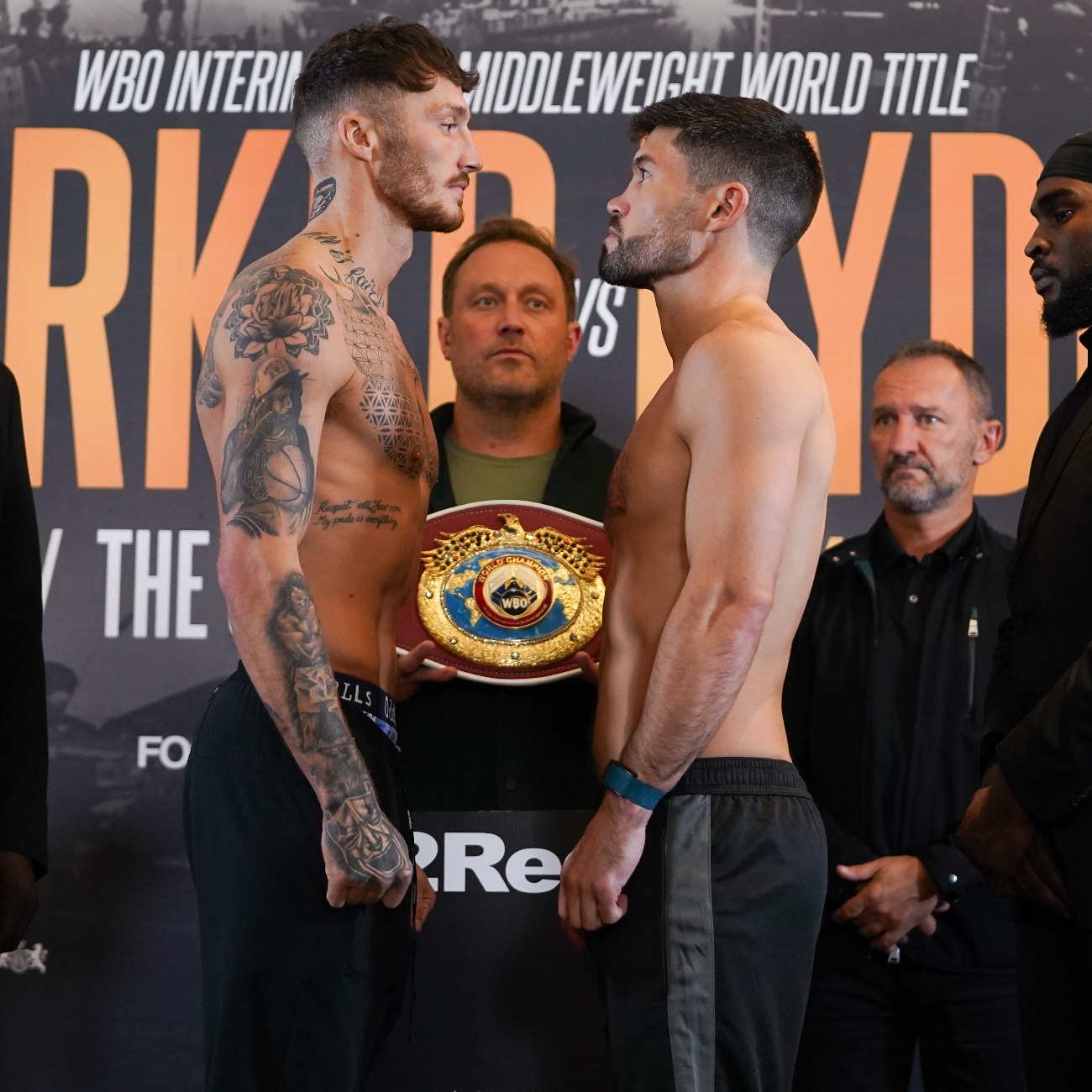 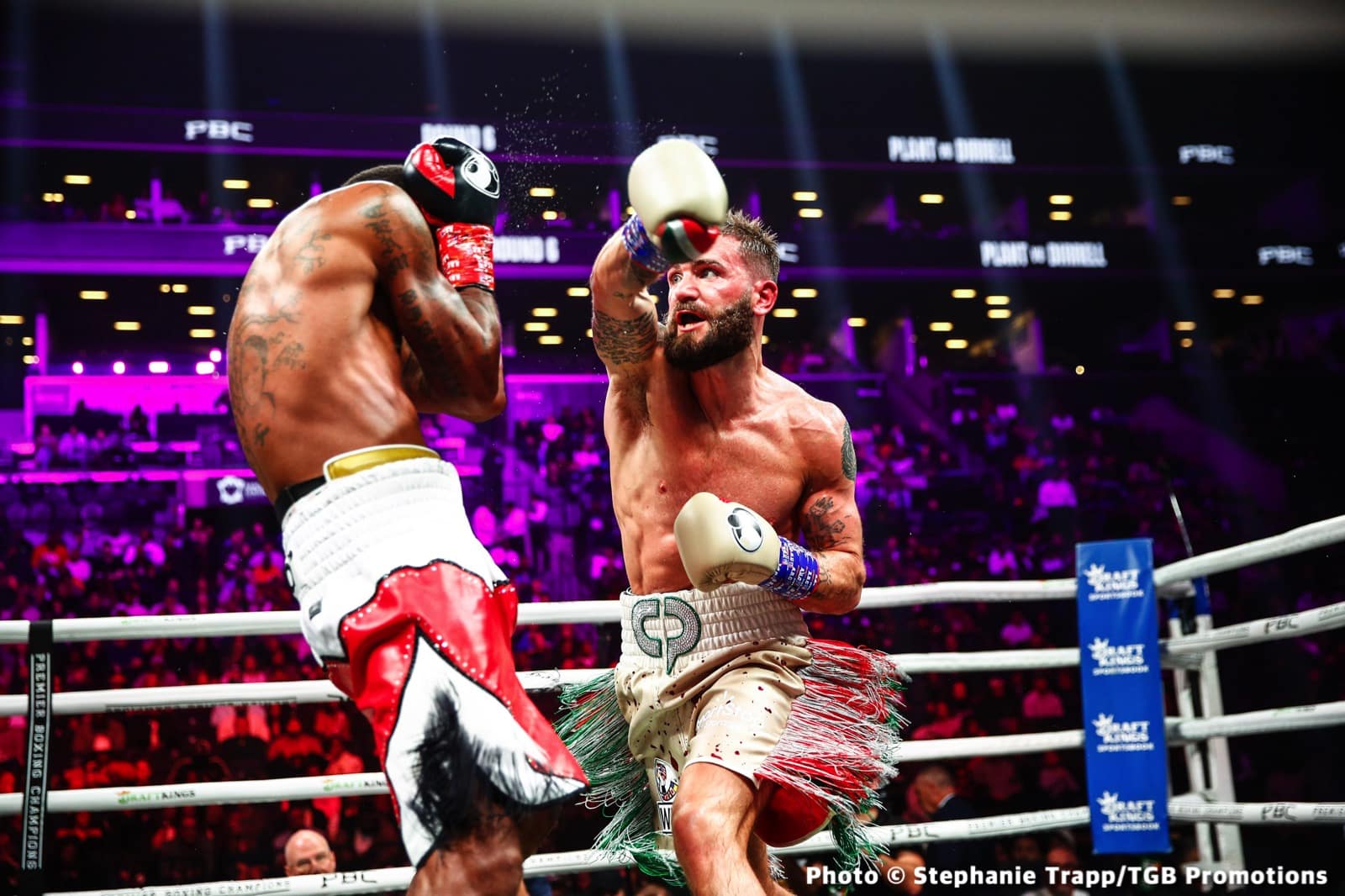 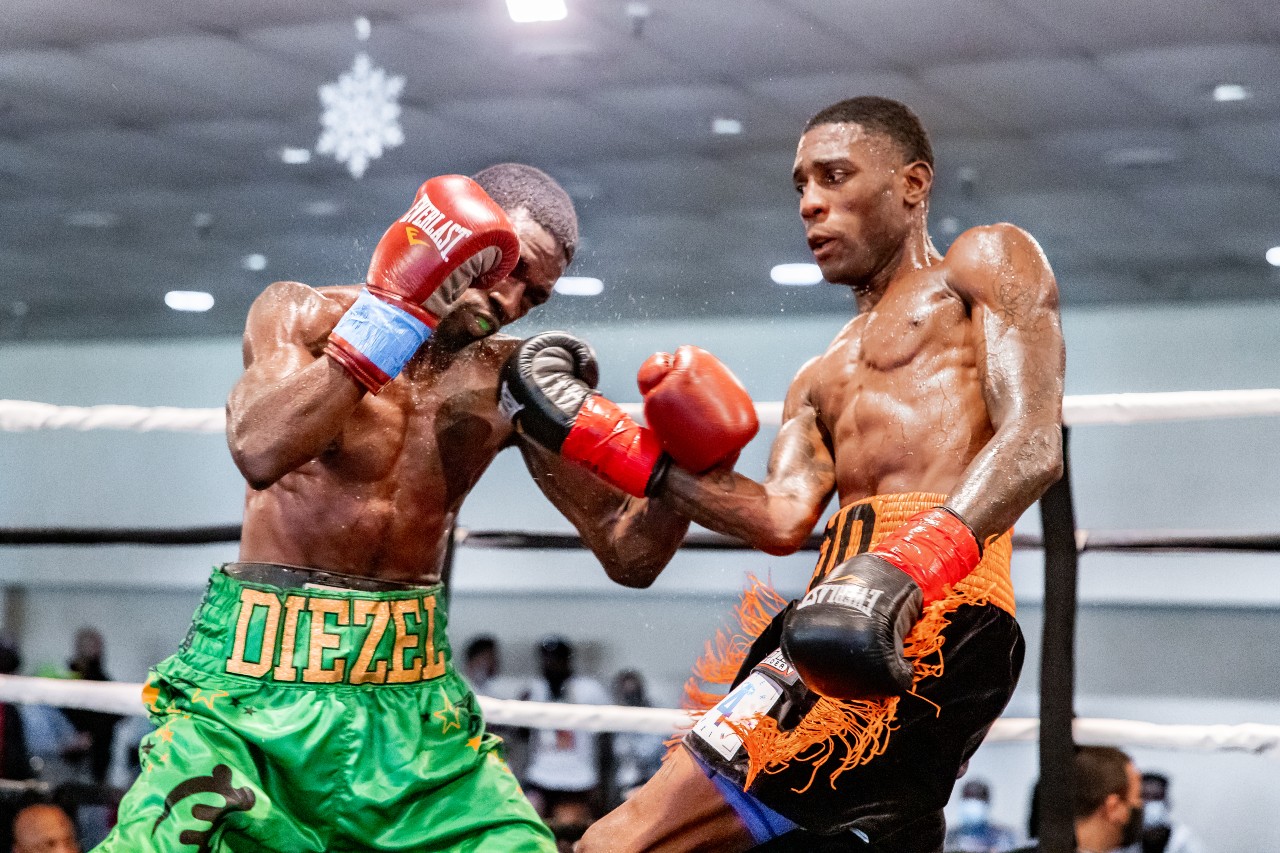 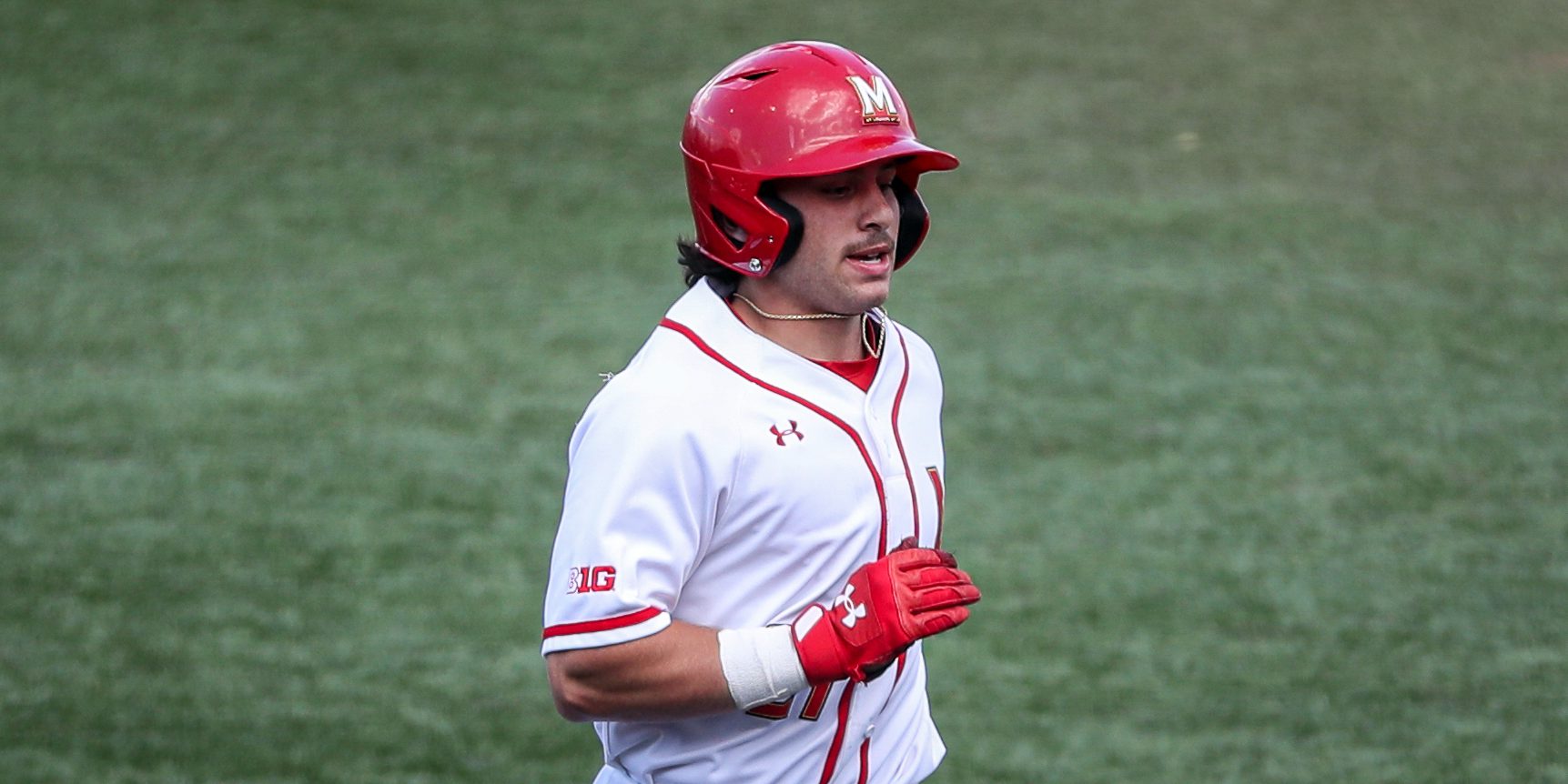