When Lydia Ko tapped in on the 72nd hole, she finally let the rest of the world in.

Ko, while always insightful in interviews, is generally inscrutable on the course. She’d held steady all week in Naples, Fla., building a massive lead and then holding on tight. But on the final green of the CME Group Tour Championship, it suddenly hit. A second consecutive victory. A signature win. Her first multiple-win season since 2016. And the largest first-place prize — a $2 million check — in the history of women’s sports.

“This year has been an incredible year,” she said post-round. “I really could never ask for more — to win so early in the season and then to have won in Korea and then win the last event of the year. I couldn’t have drawn it up any better.”

Ko’s 2022 season began with a win at the Gainbridge LPGA. She continued her winning ways at last month’s BMW Ladies’ Championship in South Korea. And when Ko began the LPGA’s season finale with rounds of 65-66, she opened up a five-shot lead and ensured that this was her tournament to win or lose.

While chasers emerged from the pack — notably Leona Maguire, who shot a Saturday 63 — Ko held steady. She shot two-under 70 on Saturday and was even par through 15 holes on Sunday before clutch birdies at 16 and 17 gave her a two-shot lead heading to the last. That set up a two-putt par for another 70 and an especially meaningful victory.

Ko shed a tear as the win sank in. She hugged playing partners Jeongeun Lee6 and Maguire. Danielle Kang was there waiting to celebrate behind the 18th green. Ko handed her golf ball — the winning ball! — to a young fan. And then she got a helpful reminder from her caddie.

“Let’s triple-check that scorecard,” he said.

While Ko is just 25 years old, she has been through nearly everything in her LPGA Tour career. She achieved incredible success as a teenager, logging double-digit LPGA wins, multiple major championships and reaching world No. 1 at just age 17. But the game got suddenly more difficult and Ko spent years looking to regain that magic. Earlier this week she said that her mom still jokes that she was better at 15 years old than she is now at 25. She isn’t sure if her mother is joking.

“Thanks, Mom,” Ko would say back, laughing. “Okay, what am I meant to do with that information?”

But Sunday marked a significant development in the latest chapter of Ko’s career. She locked up Player of the Year honors. She earned the Vare Trophy for lowest scoring average. She claimed her third LPGA title of the year. And she clinched No. 1 on the money list with more than $4 million banked. Ko also mentioned that this will be her last victory as a bachelorette; she’s set to marry fiance Chung Jun in the coming weeks.

“I wanted to do this for my family,” Ko said. “This has been one of the most consistent and solid years I’ve had.”

She added that she’s excited to update the photo from when she won this tournament in 2014. Eight years later she can do exactly that.

Ko said she was particularly fixated on Player of the Year honors, which she hadn’t earned since 2015.

“I was still pretty young, I was still in my teens,” she told Golf Channel, reflecting on that period. “I don’t think it really sunk in those moments. But when I had that short putt and I knew all the things that were going to happen after that putt, I think all those emotions kind of settled in.

“It hasn’t been the roughest times the last few years but it hasn’t been the easiest. I feel like I was trending in the right direction. But all those moments make these kinds moments, and I feel like I’ve grown a lot during that time when I was in that winning-less streak. … This has been like a dream come true.” 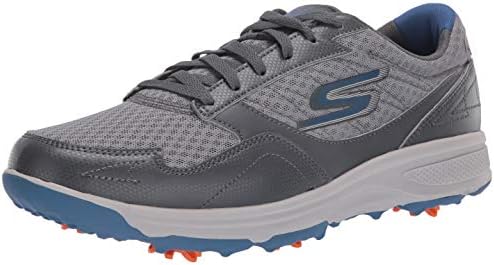