Middleweight contender Jaime Munguia extended his unbeaten record to 41-0 by stopping unrated Gonzalo Coria in the third round of a main event in Guadalajara, Mexico on Saturday. The 26-year-old Tijuana native notched his 33rd knockout with a left hook to the body that zapped Coria’s legs for the referee’s full 10 count at 2:32 of the round.

Munguia, The Ring’s No. 4-rated middleweight, started slowly, ineffectively stalking the southpaw counterpuncher in Round 1. However, a counter right hand dropped Coria (21-6, 8 KOs) with 45 seconds left in Round 2 and quickly turned the tide in favor of the Mexican volume puncher.

The 25-year-old Argentine was unable to evade Munguia with stick-and-move tactics or slow him down by holding in Round 3. Once Munguia switched his attack to the body, it was over.

Munguia, a former 154-pound beltholder who moved to middleweight in 2020 (he’s now 7-0 at 160), says he wants to challenge one the division’s titleholders (Gennadiy Golovkin, Jermall Charlo or Zhanibek Alimkhanuly) in 2023. Golovkin, Ring’s No. 1-rated middleweight and a future hall of famer, is who he mentioned by name during his post-fight interview.

In the co-featured bout of the Zanfer/Golden Boy co-promotion, junior bantamweight fringe contender Argi Cortes struggled his way to a 10-round split decision over former junior flyweight contender Erick Lopez.

Cortes (24-3-2, 10 KOs), a 25-year-old native of Mexico City, suffered flash knockdowns in Rounds 2 and 6 but was the busier, cleaner-punching boxer when he could control the distance. The Nacho Beristain disciple won by two scores of 95-92. Lopez, a former sparring partner of Cortes, won by a 96-91 tally on the third card.

Lopez (16-7-2, 10 KOs), a short (and portly) Guadalajara resident, was not as polished as Cortes but was more physical when in close. Cortes flashed tight technique during exchanges but Lopez’s haymakers and sneaky uppercuts landed enough to make the fight competitive. 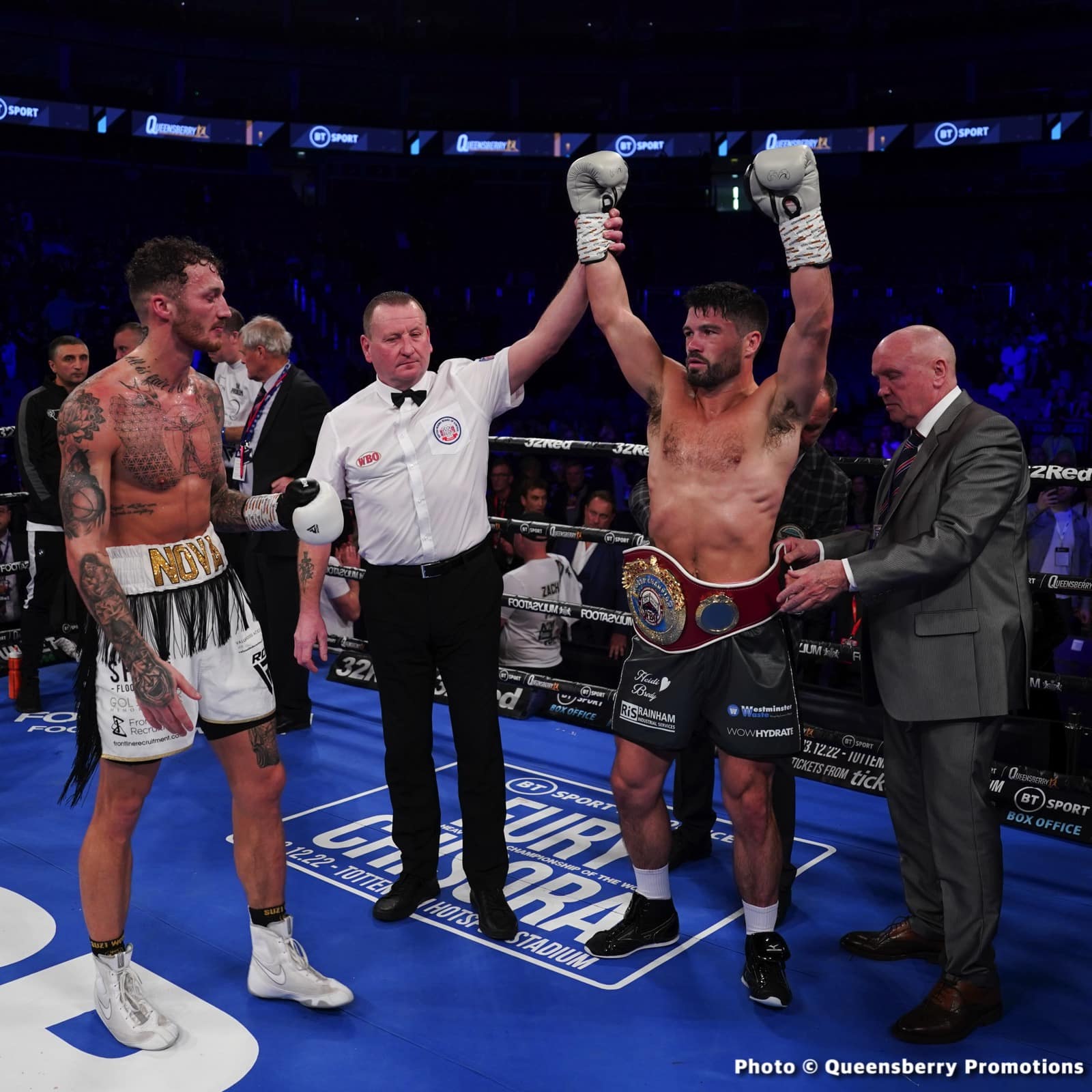