Uncapped bowling all-rounder Jordan Thompson, who gained the limelight with his spectacular performances in The Hundred, has reportedly attracted the interest of Indian Premier League (IPL) franchises ahead of the mini-auction scheduled to take place in December.

According to a report in the DailyMail, Thompson was contacted by two IPL teams for the 2023 edition of the cash-rich league. Further, interest has also been shown in Surrey’s Will Jacks, who debuted in the Twenty20 international last month, along with Somerset’s explosive opener Will Smeed.

Thompson hogged the limelight during The Hundred 2022, scalping 14 wickets in 9 matches at an economy rate of 9.14 and finishing the tournament as joint-top wicket-taker.

Notably, Thompson has been signed up by the Mumbai Indians-owned side for the upcoming Emirates Twenty20 competition. The star all-rounder also shined during the Bob Willis Trophy in 2020, scoring 234 runs and taking 15 wickets for Yorkshire.

Thompson also has relative experience in the shortest format as he has played in the Pakistan Super League (PSL) for Karachi Kings and the Big Bash League (BBL) for Hobart Hurricanes. Overall, Thompson has played 78 T20s, in which he has scored 691 runs and taken 74 wickets. He has 958 runs and 108 scalps to his name in the 34 First Class matches. 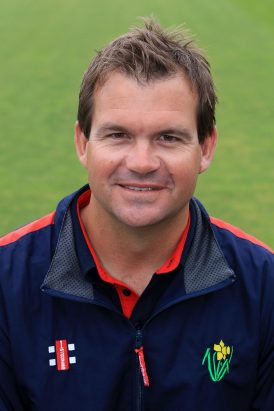 Can Matthew Mott deliver success for England at the T20 World Cup?