This only adds to it.

Sign up to receive daily headline news from the Calgary SUN, a division of Postmedia Network Inc.

Thanks for signing up!

A welcome email is on its way. If you don’t see it, please check your junk folder.

The next issue of Calgary Sun Headline News will soon be in your inbox.

We encountered an issue signing you up. Please try again

Phillips is pushing for a shot with the Flames. As he continues that quest, the local lad will skate onto the Saddledome ice on Sunday afternoon as a first-line forward and a should-be fan-favourite for his newest hometown team — the American Hockey League’s Calgary Wranglers.

The Flames’ farm club was moved north after a seven-season stint in Stockton, Calif., highlighted by a run last spring to the Calder Cup semifinals.

“To play pro hockey in itself is a blessing, let alone to be in my hometown and always having familiar faces in the crowd … ” Phillips beamed. “I think it’s such a cool opportunity. It’s going to be tough to have many bad days this year knowing how fortunate I am.”

Sunday will a special day. The Wranglers debut in a matinee matchup against the Coachella Valley Firebirds (1 p.m., Saddledome).

Phillips will be skating alongside a pair of first-round picks — Jakob Pelletier and Connor Zary — on what should be a dangerous top trio.

Darryl Sutter’s son, Brett, will be setting an example as captain.

Dustin Wolf, the AHL’s reigning goaltender of the year and arguably the Flames’ most promising prospect at any position, will be between the pipes.

And who knows … maybe the next Matthew Phillips will be sitting in the stands?

Now 24, the wee right-winger is a graduate of the Bow Valley minor hockey association and the Bisons/Buffaloes AAA program. As a puck-crazed kid, he has fond memories of attending Hitmen games. “When Stoney (Michael Stone) was on the team, that’s when I had season-tickets,” he recalled. “I watched him rip slap-shots while I was hammering popcorn in the stands.”

“I know we’re going to play hard and the way that our coaching staff goes about their business, we’re not going to take any nights off,” Phillips promised as the Wranglers prepared to start a 72-game regular-season slate, which continues with Monday’s rematch against the Firebirds. “Just for fans in Calgary to be able to see prospects and see players that are going to be with the big club eventually, I think that’s pretty cool.

“Most people that I talk to, they’ve been asking about how the new team is shaping up and when the season starts and such. Everybody seems very interested in coming to a game, and I think it’s going to be a great product.

“I think there’s just so much good that is going to come from having the farm team in the city.”

As the opener approached, Phillips was still trying to firm up how many tickets he’d need for loved ones and friends.

What’s especially significant for the Flames-of-the-future, regardless of where they were raised, is what other familiar faces will frequently be spotted at the rink.

With their top affiliate now headquartered in Calgary, general manager Brad Treliving will be able to watch the could-be call-ups on a regular basis.

It wouldn’t be a surprise to see Darryl Sutter in the building, not only to support his son — Brett signed an AHL-level contract with the Wranglers — but also to get a live glimpse of the potential reinforcements.

“Management keeps tabs on minor-league teams when they’re far away, no doubt,” Phillips said. “But when you’re in the same city and you can go to a practice or go to a game and watch guys for yourself, it’s just that much better and I think it benefits everybody. Not that anyone would necessarily take a day-off in the past situation, but I think it’s definitely a chance now to prove yourself every day. You know they are always watching.”

Phillips was the leading scorer last winter in Stockton, piling up 31 goals and 68 points in 65 showings.

He was proud to learn this past week that he’ll have an ‘A’ stitched on his jersey with the Wranglers. The ultimate goal, however, is to wear that Flaming C on his chest.

“I came into training camp with the goal of making the team and it’s obviously disappointing and not news that you want to get when you’re going down,” said Phillips, now entering his fifth professional campaign and with just one NHL appearance on his resume so far. “But I think I can just really continue to grow my game. I think I had a good individual season last year, but I still think I can rise higher than what I showed.

“Overall, just try to help the team win and try to have an impact on the game every night. That’s something I always strive for, and it doesn’t necessarily have to be putting the puck in the net. I think it’s just doing the right things and being a leader and letting the rest take care of itself.” 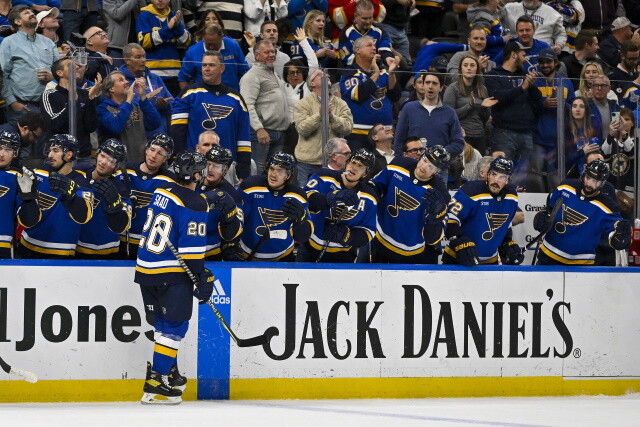 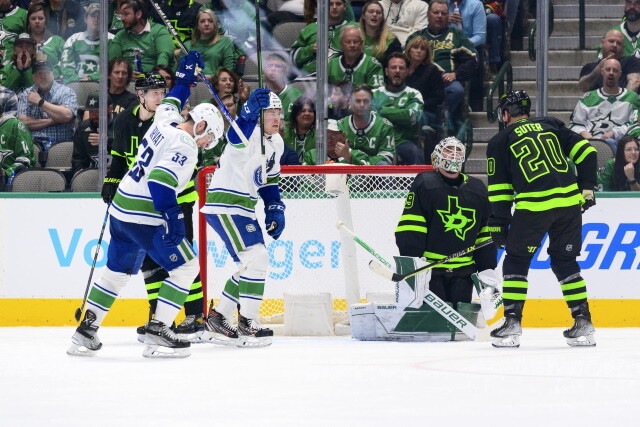