Fara Williams spoke to 90min as an ambassador for the Utilita Kids and Girls Cup.

The EFL and Utilita have partnered for the Utilita Kids and Girls Cup, a series of national tournaments offering 20,000 children a season the chance to play football and represent their local EFL Club. Finalists are rewarded with the unforgettable experience to play at Wembley Stadium ahead of the Papa Johns Trophy and EFL Play Off Finals.

Lionesses and WSL legend Fara Williams has made a reputation as something of a soothsayer in recent months, successfully predicting England’s 4-0 win over Sweden at Euro 2022, their 2-1 victory over Germany in the final, and correctly stating they wouldn’t lose against the United States.

So when she says that Chelsea will be WSL champions again this season, Manchester United will finally break into the top three and Manchester City will miss out, you’d better believe her.

Williams played for both Chelsea and Arsenal during her illustrious career, but suggests the current depth at Chelsea, who are going for four titles in a row, will ultimately make the difference again.

“The recruitment that Emma Hayes has done…the depth of the Chelsea squad in terms of quality, I would say, edges Arsenal,” Williams tells 90min.

“I think Arsenal have started fantastically well and been dominant in all of their games. But this injury to Leah Williamson on international duty is huge,” the retired midfielder adds. “Who knows how they play from now, because in terms of their style, she plays a huge part in that. It’s a good few weeks before they’re going to have her return.”

Manchester United have also started strongly, winning each of their first two games off the back of a busy summer of recruitment that had brought them depth they didn’t have as they fell away last season. Williams suggested they could ‘potentially’ mount a title challenge of their own but considers a top three finish more realistic at this stage given a lack of experience.

“It’s the experience of Chelsea and Arsenal being in that position so many times. We’ve seen Manchester United improve and try and push that, but the more exposure you have in those positions the more equipped you are for them,” Williams explains.

“They’ve not been exposed to fighting for the title. The more realistic chance is for them to finish in the top three, which I think they could potentially go on and do, especially with the transition at Man City. The next step for United is Champions League because it’s more of draw in terms of recruiting.”

With the likes of Alessia Russo out of contract in the summer, Champions League qualification could be just as important when it comes to retaining players as well.

“They lost Jackie Groenen in summer because she probably wanted Champions League football. European players, and English players now because we’re European champions, want to play in the big games every single week,” Williams went on to say.

Williams is much less flattering about Manchester City’s top three chances this season after seeing a number of key players leave during the summer and so far struggling to gel their new arrivals.

“To let the spine of your team just go the way in which they did, I find it bizarre,” she says. “You lose all three of your [starting] midfielders who had a huge impact on the way in which they played. They’ve let a superstar in Lucy Bronze go, they’ve let the experience of Jill Scott and Ellen White retire and probably didn’t do enough to try and convince them not to.

“They’ve let a core group of their players go that know the way they play. Now they’re rebuilding and maybe adapting the style that they were known to play. You’ve heard the manager talk about the average age of players significantly coming down, [but] it will be a process…it doesn’t just happen.”

After some deliberation, she eventually put Manchester City fourth, but considers Everton a threat to even that final placing, with the WSL now more competitive than ever before.

The league has seen a renewed spike in popularity this season off the back of a successful Euro 2022 that saw England lift a major international trophy for the first time. The tournament set a host of new records and has had hugely positive impact on the women’s game in England, resulting in increased demand for tickets and higher attendances at club level.

But it isn’t just elite women’s football that has experienced a boost. Euro 2022 served as inspiration for a whole generation of girls to become more active and try football for themselves, with the Lionesses even lobbying the government for universal equal access to football in school.

The EFL/Utilita Kids and Girls Cup gives children all over the country the chance to play at Wembley representing their local EFL club is a big part of providing even more grassroots opportunities.

“It shows that schools are giving equal opportunity for females to participate in, not just football, but sport in general,” Williams says of the importance of grassroots schemes.

“It was certainly something I dreamed of as a young girl, wanting to play in an FA Cup final at Wembley. The fact that not many professionals get to step out at Wembley, what a dream it could be for these young players if they did it…and what it might inspire them to do.”

Williams herself is a keen advocate of grassroots nurturing, explaining that she loves to see young players be given the opportunities and the freedom to play football. But it is about far more than just developing a handful of future elite footballers.

“It gives them the opportunity to make friends, be part of a team and [it’s] heavy on the healthy lifestyle. This is a step in the right direction in making kids more active,” the former Lioness adds.

“Even if you don’t like football, the fact that you’re running around a football pitch, you’re active in a different way. At grassroots levels, it’s not all about being the next Lioness. Don’t get me wrong, I’ve seen some girls that potentially could go on to be that. [But] some of these girls might then enjoy just going out for walks or runs, whatever it might be, just taking part in physical exercise.

“I think for your mental health, what they’ll experience after having been through this tournament, whenever you exercise you come away and feel great about yourself. I’m sure some of them, whether they kick the ball 100 times or just 10 times, will come away feeling better about themselves just from the pure fact that they did some exercise.” 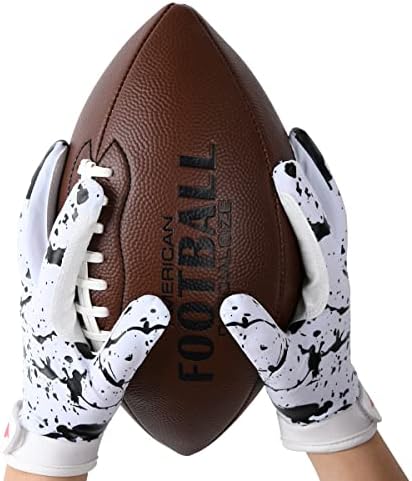