The Zozo. That’s a fun name to say. It should also be an entertaining tournament to watch, as a strong field gathers at Accordia Golf Narashino Country Club, outside Tokyo, for the fourth iteration of a PGA Tour event co-sanctioned by the Japan Golf Tour Organization.

Hideki Matsuyama will be back on home soil to defend his Zozo title, and Xander Schauffele, Victor Hovland, Cameron Young and last week’s Shriner’s winner Tom Kim will be among those trying to take it from him.

If you’re looking to cash in, too, you might consider the counsel of Andy Lack, the data-analytics wiz who doubles as GOLF.com ’s expert prognosticator. Lack is coming off yet another winning week, having cashed in on two of four plays at the Shriners, including a +450 wager on Tom Home to finish in the top 10. In keeping with our format, Lack has once more crunched the numbers and supplied us with his four favorite picks for the event, which features a limited field of 78 players and no cut.

Because we like to know where public opinion is leaning, we’re also supplying data from Chirp.com, a free-to-play mobile platform that gives fans a range of ways to engage with the action. You can see that information at the bottom of this page.

The event starts Thursday morning, Tokyo time, so get your plays in soon.

Pereira has been pegged as a future star since his breakthrough three-win season on the Korn Ferry Tour. It’s a bit of a surprise that he has yet to claim victory on the PGA Tour. I believe that changes this week at Narashino, a course that should fit the Chilean’s game to a tee. Pereira remains one of the most accurate drivers in this field, ranking third in good drive percentage. I have zero concerns about his ability to find the short grass on a tight course, and I’m even more encouraged by his recent iron play. Pereira is coming off a fourth-place finish at the Shriners Children’s Open. where he gained a whopping 9.1 strokes on approach, good for the best iron week of his career by a healthy margin. Expect the 27-year-old to continue his elite ball-striking this week in Tokyo.

I was impressed by Munoz’s dismantling of world No. 1 Scottie Scheffler in Sunday singles at the Presidents Cup, and now the Colombian is returning to a course that he finished fourth at last year. Narashino is an ideal fit for Munoz. The four essential boxes I’m looking for players to check at Narashino are accuracy off the tee, long iron play, bunker play and Bentgrass putting. Munoz is one of the only players in this field to rank above average in all four of those stat categories. I anticipate the 29-year-old will be firmly in the mix come Sunday afternoon.

Never an alluring pick, but always a reliable one, Streelman presents excellent value in the top-40 market. In a limited field event with only 78 players, only a few players are plus money to finish in the top-40. -130 on the PGA Tour veteran is still too cheap, as Streelman is coming off back-to-back top-25 finishes at the Sanderson Farms and Shriners. I trust Streelman’s ability to pound fairways and greens, and he remains one of the best bunker players on Tour. I’m confident in his ability to finish in the top-40 this week, and he is a great sleeper candidate in all markets.

What more is there to say about Matsuyama and Narashino? In two appearances here, the former Masters champ has finished first and second. Matsuyama has spoken openly about the importance of this tournament to him, and while some would wilt under the inherent pressure this week, the Japanese superstar always seems to rise to the occasion. While Kim is coming off his second career PGA Tour victory at the Shriners last week, this feels like a natural letdown spot for the young Korean. Given the course history, Matsuyama deserves to be a favorite against any player in the field this week, and this line is simply too short.

The Trifecta game, on Chirp, calls for fans to pick three winners: a favorite, a contender and a long shot, all categories based on the Official World Golf Ranking. With hundreds of Chirp users already chiming in, here’s a look at the current leaders, along with the percentage of the vote they have received. To get in on the fun, sign up to Chirp for free here.

A golf, food and travel writer, Josh Sens has been a GOLF Magazine contributor since 2004 and now contributes across all of GOLF’s platforms. His work has been anthologized in The Best American Sportswriting. He is also the co-author, with Sammy Hagar, of Are We Having Any Fun Yet: the Cooking and Partying Handbook. 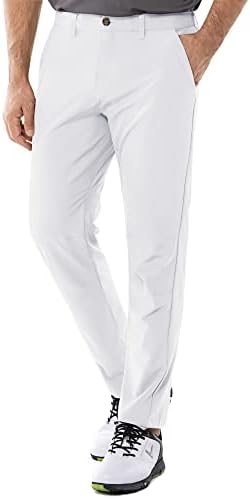