Scouting the Devils and Golden Knights

Scouting the Canadiens and Bruins

TSN: Chris Johnston said that the Toronto Maple Leafs have interest in signing defenseman Conor Timmins to a contract extension. He’s been a nice fit and they hope to get something done for the pending RFA.

The Blues have put Ryan O’Reilly in play

TSN: The St. Louis Blues want to test the interest for pending UFA forward Ryan O’Reilly even though he’s still injured according to Darren Dreger.

“We know he’s hurt, he’s going to a be out for a while and it’s still early because the Blues, like all clubs who are looking at the playoff picture, don’t know if they are willing to go all in yet.

Would Kevin Hayes be an option for the Avalanche?

Eric Duhatschek of The Athletic: The Carolina Hurricanes and Colorado Avalanche could use a No. 2 center after not replacing Vincent Trocheck and Nazem Kadri.

The cost to acquire Bo Horvat or Ryan O’Reilly could be high, so if the Avs want to go a little cheaper, and if they could get the Philadelphia Flyers to retain some of Kevin Hayes $7.142 million cap hit, he could be an option. He does have three years left on his deal though. 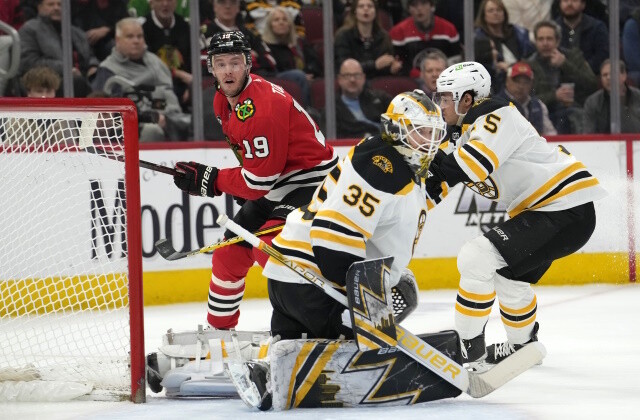 NHL Rumors: Trade Proposals for Jonathan Toews, and the Canucks like a couple of Bruins

A Restricted Dozen And Vladislav Gavrikov