Our first bet of the day is Zack Hyman Anytime Goalscorer. This line sits at +120.

The NHL’s first star of the week is coming into tonight riding a scorching 3-game performance last week. Hyman found the back of the net in all three games last week, potting four goals during that span. Hyman is scoring at a career-setting pace this season, scoring 24 goals throughout his first 47 games. With Hyman 4 goals away from surpassing his career-high, his matchup tonight will help him get closer to that number.

Hyman is set to take on the Columbus Blue Jackets tonight, who are tied for last place in the NHL. Columbus also allows both the third most goals per game (3.89) and the second most shots on goal per game (35.2). With Hyman having a great matchup, he is projected to skate alongside Connor McDavid and Leon Draisaitl tonight.

Burns has been as consistent as they come in hitting their shot prop, as he has hit over 2.5 shots in eight consecutive games. During that impressive streak, Burns is averaging 3.5 shots on goal per contest. Throughout his first year with the Carolina Hurricanes, Burns has 148 shots in 46 games (3.2 shots per game average).

The Carolina Hurricanes and Brent Burns will travel to Dallas tonight to take on the Central division-leading Stars. Dallas is right in the middle of the league in shots on goal allowed, as their 31 shots per game are ranked 15th in the NHL. With the consistency of Burns hitting his shot prop, I like this spot for him once again. Gulls All Access: Behind the scenes with Lukas Dostal | TheAHL.com 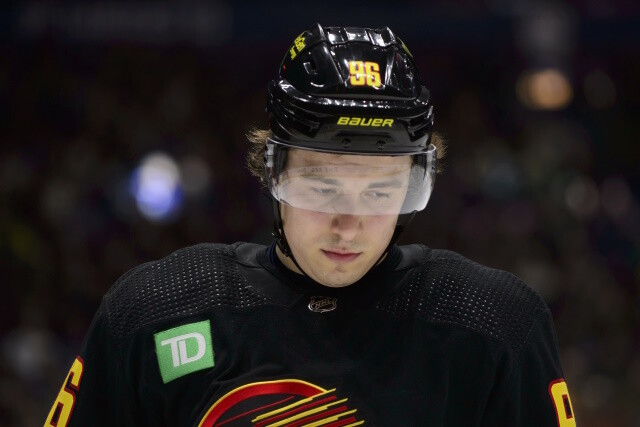